Adam Hall: Paralympic experiences and the value of the Para voice

Five-time Paralympian Adam Hall is still coming down off the clouds after returning home with two bronze medals from his performances at the Beijing 2022 Winter Paralympic Games. High-level success isn’t new to Adam, who won Paralympic gold at the 2010 Vancouver Games and again the 2018 Pyongyang Games. He’s the only New Zealander ever to receive a Whang Youn Dai Achievement Award for embodying the spirit of the Paralympic movement, is a Member of the New Zealand Order of Merit (MNZM) and was named Para athlete of the year at the 2018 Halberg Awards.

Despite his lengthy list of accomplishments, Adam is disarmingly humble. Between clearing out the gutters of his home and collecting his daughter from school, Adam spent some time sharing his thoughts about his snow sport career, the importance of Para representation and his role on the Drug Free Sport New Zealand Athlete Commission. 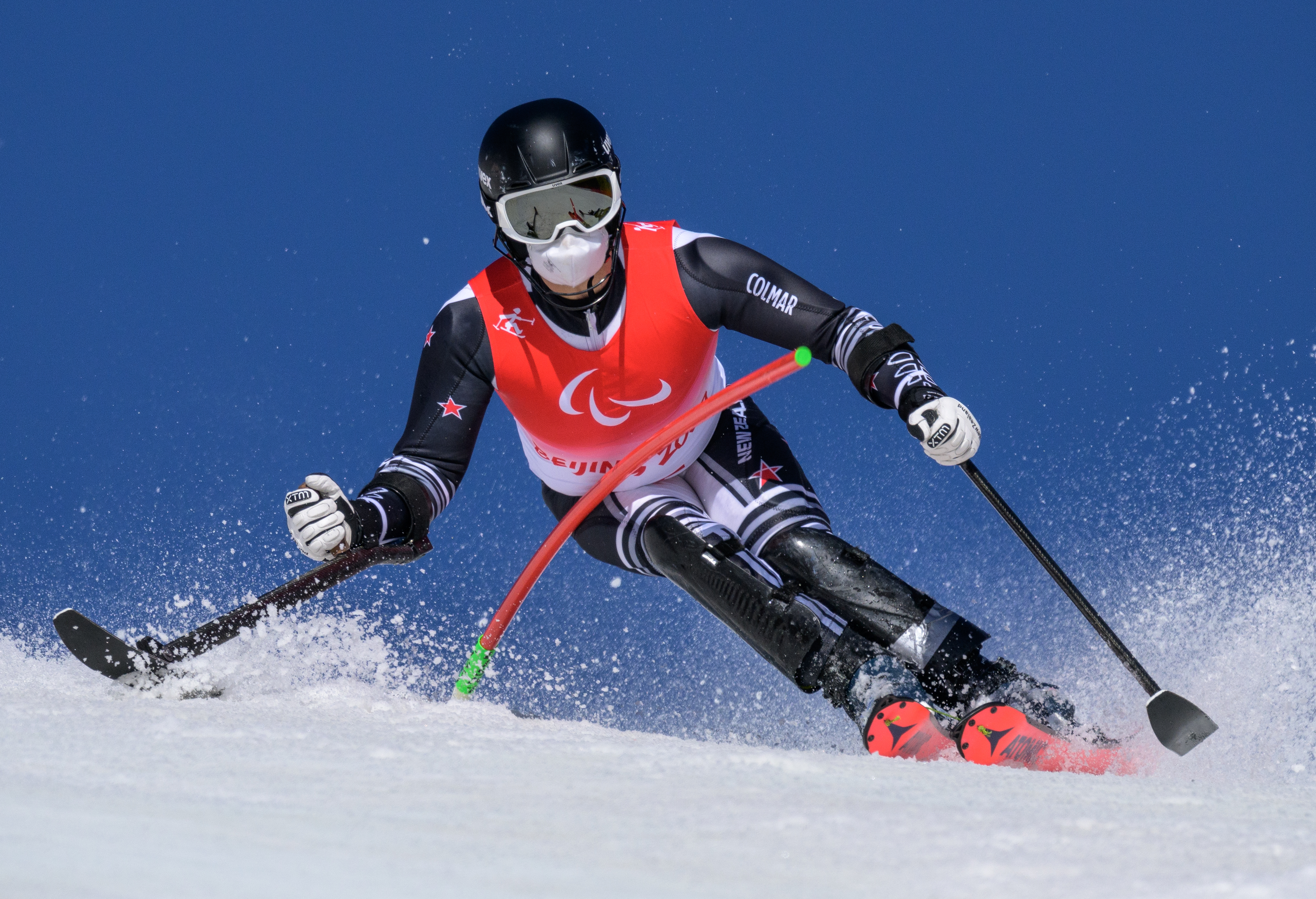 It was an unusual year for the Paralympic Games. What was the COVID experience like?

Where we were was probably the safest place in the world: a Paralympic environment and a bubble; masked, tested every day. There was no family, no crowds. Everything was brought to you.

The hardest part was spending almost four months away from my family. Usually, we’ll travel together but because of the tight COVID protocols, it wouldn’t have been very nice for them to live like that. At that time things in New Zealand were still pretty good, so it made sense for them to stay back where they could be outside, run around and do whatever they liked without being confined. It was a good decision but it was tough and a big sacrifice. Now I’m home, I’ve got a lot of parenting to catch up on.

You added two more medals to your Paralympic haul this year. How did it feel?

We had a pretty historical campaign right across the board from the Olympics and Paralympics, which is pretty spectacular. We didn’t really have that time to celebrate the wins because we still had business to do every day. It was just go, go, go; making sure we were prepared every day as athletes, staying as fresh as we could, recovering, training. All the stereotypical athlete things that keep you going and performing at the highest level.

It's good to be home and to slowly be able to share those Beijing experiences with family and friends and loved ones. I’m enjoying a lot of downtime, waiting for the dust to settle and still coming down off the clouds.

Tell us about your events and how you prepare

Traditionally, slalom has been my event. I love the technicality of the event; when you put down a really good run and feel the momentum and the pressure building up through a turn. It’s a pretty amazing feeling. And then there’s the thrill-seeking adrenaline at the other end of the spectrum in the speed events. When you’re flying down the mountain, and it seems like you’re out of control but you’re actually somewhat in control. It’s a thrill.

It involves a lot of mental preparation. In downhill, for instance, there’s a lot more risk and danger involved, so I have to know the course like the back of my hand. I remember every single turn, what the terrain is like… it’s almost like this 3D image or model in my head. I can see myself skiing down the mountain from the side, from behind, from the front. It’s almost like I’ve skied it multiple times before. In slalom, it’s remembering every single gate, going through them in my head and knowing exactly what’s coming; knowing my game plan as I go through them. It can be very mentally fatiguing.

You certainly have a remarkable mental strength, illustrated by your progression from last place in the 2006 Winter Paralympic Games events to winning your first Paralympic gold at the following Games in Vancouver. Tell us about that.

Looking back, it was definitely a breaking point. I was last. I could have thrown in the towel and been like, “You know what? That’s it. I’m done.”. But it was actually a time for me to soak in the experience and see what my opposition were doing. I’ve always had a pretty decent mindset - when you’ve been dealt a certain hand of cards, it’s up to you to play the game how you want to play it. You do the best you can and see what happens.

I realised that a lot of those athletes had seen three, four, maybe five Games; I’d only been in the sport at that level for about a year and a half. It was my first Games. I was pretty green and I was just trying to do whatever I could to get on the podium.

I’ll always remember being there and looking at my competitors on the podium, watching the flag being raised and the national anthem being played. I told Gillian Hall, who founded Disabled Snowsports New Zealand, “In four years time, that’s gonna be us.”

Funnily enough, that’s how it worked out.

Clean sport and the Para voice 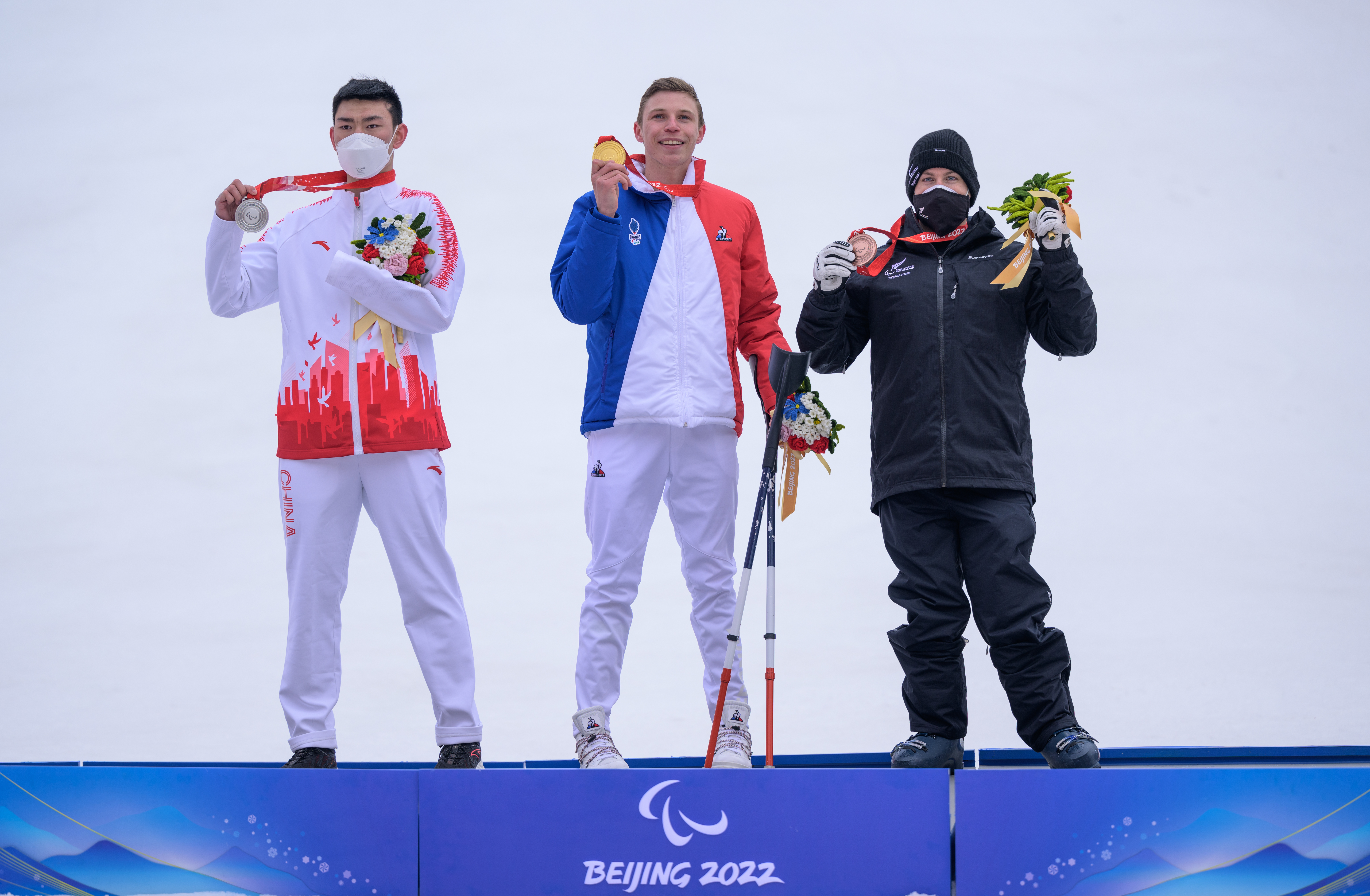 You’re a founding member of the Drug Free Sport New Zealand Athlete Commission. What motivated you to take that on and how do you view your role?

I was honoured to be asked to be a part of the Athlete Commission. It’s great to be involved with the fantastic athletes who are part of the Commission and I’m glad to be a voice for the Para community and for Para athletes. It can feel quite intimidating to go straight to the top or straight to other people to bring something up. That’s why athletes at all levels need a channel where they can feel comfortable coming and talking about any issues to their peers.

And that Para representation and that Para voice are so important. There can be a lot of challenges when it comes to anti-doping and the protocols in place, whether that’s accessibility, different equipment that people may use around providing samples and things like that. It can be a little different for Para athletes. Now DFSNZ and Paralympics NZ have come on board and really started to push representation in anti-doping enormously. It’s great for our sport in New Zealand, but also a kind of standard worldwide.

Once we find our feet, I believe the Commission will continue to develop into a world-class group. We’re setting a precedent for other organisations and countries around the world to have more of an athlete voice and representation, which is vital.

Do you remember your first anti-doping experience?

I don’t know that I do. I remember some of my first education seminars. They were with Dr David Gerrard at what back then was called the Otago Academy of Sports. I was so young - about 16 at the time - and the importance and professionalism that’s involved resonates with you. Anti-doping ended up being a byproduct of what I do. It’s something that comes naturally. When things change from year to year, like the regulations or medications, you just keep up-to-date with it.

For younger athletes just coming through, I think it can be intimidating. But, especially if you’re at that early age, I think it’s even more important that you get ahead and have that anti-doping support around you. If we look at some of what’s been going on in the sporting world in the last few months, in particular with the Russian ice skater, we can see what happens maybe when you don’t have that support.

Finally, could you tell us a little about what clean sport means to you?

Clean sport is you as an athlete knowing well and truly within yourself that you are 100% clean and that you haven't taken any chances on anything. When you're at the start line, when you come through the finish line, you can be clear-minded and not have to worry about anything at all because you know that you've done absolutely everything possible to be clean.

It’s also being aware of the stories you might hear, especially within your own sport, so that if anything pops out or you see anything unusual, you can challenge that and bring that forward to somebody.